Maruman Majesty Prestigio IX Iron Set Maruman Majesty Prestigio 9 Iron Set is the latest Prestigio line of Iron, known for very high quality and superior performance. The iron that has been satisfying the average players for years and this new model is filled with technology that will pleasantly surprise many players! Thin Box Structure Generating Tremendous Distance Performance Based on the past BOX Structure featured with high repulsion performance, the improved Thin Box Structure realizes an increase in initial velocity by 3% compared with SUPER7, generating the most outstanding distance in the MAJESTY Series history. Face thickness: Tapered from 1.5mm (topline) to 1.9mm (leading edge) Large chase on sole. Thinnest part: 1.5mm Moreover, while excelling in regards to repulsion performance, this structure also produces excellent hitting sound. Sharp Form and COG Design The sharp head form with thin topline and narrow sole width is designed to ensure comfortable address. Simultaneously, COG depth is the same as the previous model. This set contains of 5 clubs: #7, #8, #9, #10 and PW. while other numbers will be available as extra club option 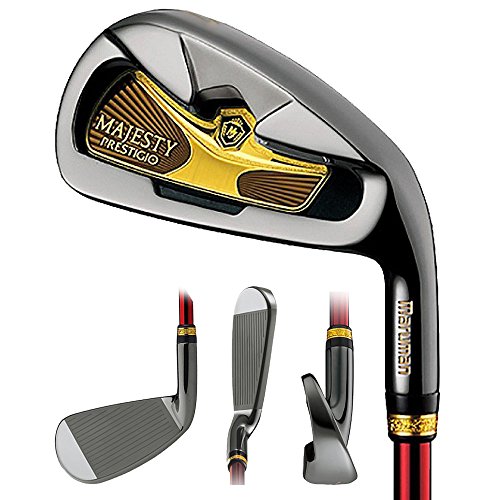