Itobori Grind Ginrei Cavity Chrome Mirror Iron Set – Irons are the most common type of club; a standard set of 14 golf clubs will usually contain between 7 and 11 irons, including wedges.

A special characteristic of ITOBORI, – the one cut carving style, is that instead of using the barrel machine, the club is nished by roughly sanding it with a sanding belt. With this method, the products shape is nished before it gets heated by the friction of polishing. e advantage of this method is that during polishing, one does not have to wait for the club to cool down over and over again and this means the material doesn’t become hard. Also another advantage of not using the barrel machine is that the face contour of club becomes very clear. is makes it easier to set up your shot as the sole of the club is multifaceted which creates moderate friction between the sole and the mpact of striking the ball. 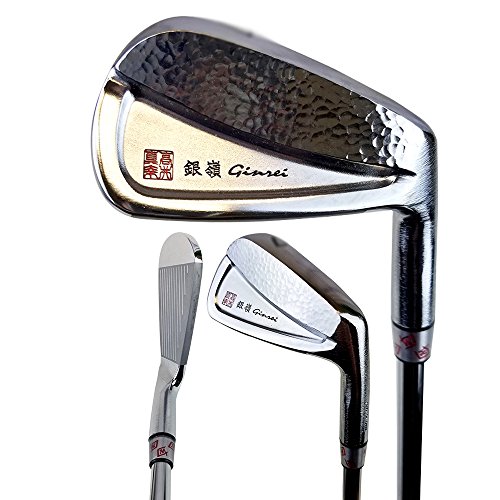